STSOY Disorder: Are You A Hidden Sufferer? 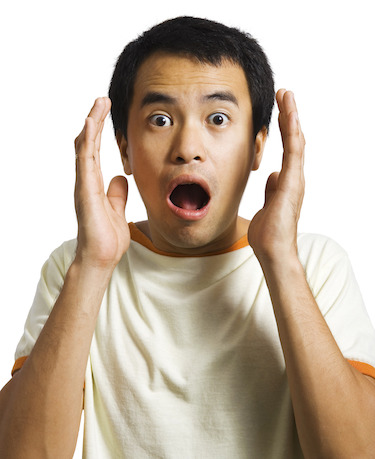 Having worked with 1000s of people with fears and phobias, one thing seems to be apparent. Many of us are hidden sufferers of STSOY disorder.

Let me explain more about this terrible affliction. Perhaps you could be a sufferer too?

I had a professor of mathematics come to see me over a fear of flying, and despite him knowing statistically that flying is the safest form of transport he still couldn’t stop feeling afraid. As a logician and mathematician this didn’t make sense to him. How can he know, consciously, that something poses no threat but still have a “flight or fight” response?

So I asked him, “when you think about flying what happens?” (His eyes flicked up – an indication that he is making mental images).

He told me that he saw himself  (in this mental image) plummeting to his death.

After a little more exploration it turns out that he also imagines hearing people screaming around him and he says to himself (in a panicked tone), “Shit, I’m going to die!”.

Now if every time you had thought about flying you had done this too, it would also have had an unpleasant effect.

You see, this is a classic sufferer of STSOY disorder…

Oh, I forgot to tell you it stands for…

Scaring The Shit Out Yourself Disorder.

Once he began to realise that he had been scaring himself in this way we began, using highly effective techniques, to change the way he thought about flying.

My question to you is this…

If there are things that you feel anxious, nervous, fearful about then what are you imagining in your mind that is creating the unpleasant physiological response.

Maybe you are simply suffering from STSOY disorder?

If you suspect you are a sufferer or you know someone who is, then check out how I may be able to help you (by clicking here or simply get in touch).